An interdisciplinary and expert work team has been formed by the Minister of Public Education, Guiselle Cruz, in order to assess the gradual and controlled return to classroom attendance in the medium term, in accordance with the strictest prevention protocols and when the conditions of health permit.

This process is the next step, after the implementation of the distance learning strategy I learn at home, and having opened the email for 1,154,227 students enrolled in 2020, and having 147,705 users active on Microsoft Teams platform officially used by the MEP.

When and how would the return to class take place, how many students would have to be received in the classroom to keep the social distance, at what times, what would be the priority levels of attendance … These and other unpublished questions are those that this permanent team will work on. at least 20 specialists in various areas and levels of the MEP.

This team will analyze the scenarios that the health authorities of the country consider for the management of the emergency, its impact on the academic year and the responses that the MEP has been offering to continue the right to education, minimizing the risk to health. of people. But also, you must prepare a prioritization guide, which allows adjusting the contents of the study programs, with a greater focus on skills.

“We can now focus on this next step, thanks to the positive response of the educational communities (teachers, students and families) to the call to work virtually, or by other remote means,” said the Minister, who assures that this response It is proof that as a country we have many installed technological capabilities and a computer literate youth.

“Certainly, one of the positive areas of the pandemic is taking a forced leap towards quality, towards new ways of teaching, a process that happily will no longer be reversed,” said the hierarch, although she recognized the existence of technological and That is why the distance education strategy promotes reaching students through other means, including printed materials, radio and television.

The minister mentioned some of the initiatives that are being carried out:

Microsoft Teams. Thanks to the urgency imposed by the crisis and collaborative work with institutions such as the Costa Rican Electricity Institute and the Omar Dengo Foundation, and private allies in information technology, today there are 147,705 users on the Microsoft Teams platform, used officially. It can serve as the teacher’s desk and to connect with your students when the context allows.

For its use, 36,306 (53%) teachers have been trained, to which is added an offer of virtual workshops and webinars in which more than 5,000 teachers have participated.

Line 1116. This leap towards technology has allowed institutional emails to be opened for 1,154,227 students enrolled in 2020. Teachers and parents are offered support from the service desk on line 1116 for attention. of queries. Since its opening, 900 calls a day have been received.

National Coffee Space. MEP-SINART. Television and radio are two powerful channels to alleviate the technological gap and that is why the MEP together with Channel 13 Costa Rica Television has been programming educational content from 8 to 10 in the morning in the space of the Café Nacional magazine, transformed into a didactic space.

Sesame Street. For the youngest, the television broadcast will begin on Canal 13 in Plaza Sésamo, a series of support for the cognitive and social development of the youngest children up to 4 or 5 years old.

It is part of a Regional initiative of the Inter-American Development Bank, in collaboration with Plaza Sésamo, and includes at least 120 hours of programming with topics such as readiness for writing, scientific concepts and others. The 120 hours is equivalent to more than 180 episodes of between 22 and 25 minutes each with learning content for young children. It includes adapted information about the COVID-19, such as hygiene, social distancing, among others. The launch of this program is expected in May.

Likewise, work is being done on the production of radio programs for Early Childhood oriented by the skills and learning to achieve of curricular interest for this period. Both initiatives are original production of the Ministry of Public Education, these first experiences are expected to guide other complementary experiences for other populations.

“Distance work must continue, it is a new normal that we have been learning, that is why we have also contacted the student leaders, to know their concerns and to support us with their peers, to motivate them to work collaboratively and continue in the educational system Doña Guiselle Cruz explained when commenting on the first meeting of the year with student leaders, via Facebook Live, which reached 163,000 people and has had almost 80,000 views.

The province of Cartago will receive a total of ₡ 1,279 in sports infrastructure fromNoticias 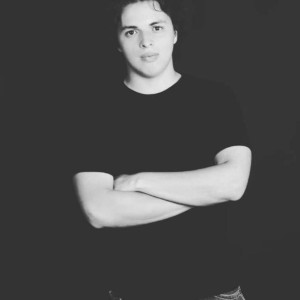